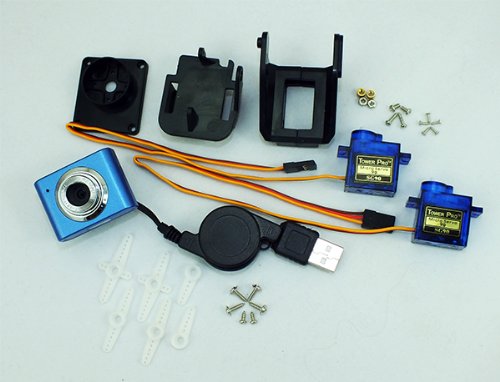 This a kit that includes web cam, 2 mini servo, and a servo fixture to assemble a complete web cam servo as following:             Webcam assemble steps