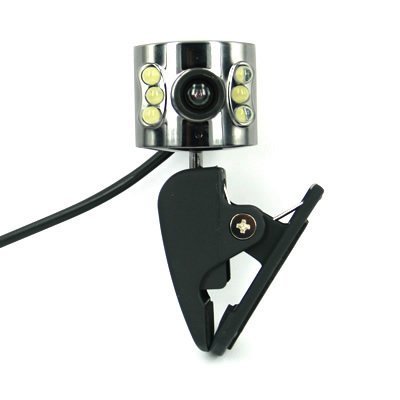 Connect with your world day or night using our Webcam with Night Vision. 6 LEDs will illuminate the darkness, and a high-resolution color sensor provides 24-bit true color. Twist the lens to focus it for an incredibly clear picture. And it has a built-in high quality microphone. Great for Yahoo, Skype, ICQ, AIM, MSN, or net meetings! Compatible with Windows 7, Vista, XP