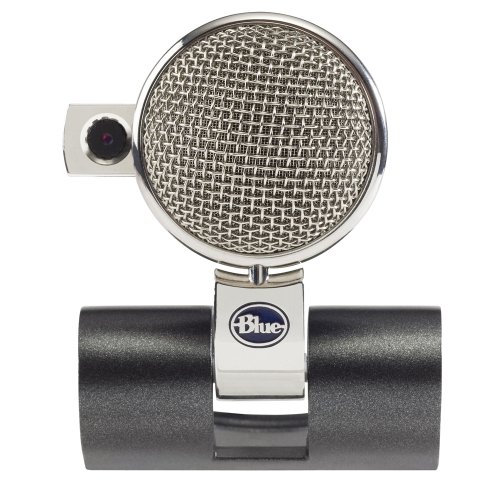 Meet the Eyeball 2.0 a revolutionary new webcam with HD-quality audio and video. The Eyeball 2.0 deliver Blue’s award winning design and sound quality to a portable webcam. Its retractable camera lens preserves your privacy and ensures that the Eyeball 2.0 turns itself off when you aren’t broadcasting. The custom-designed monitor adapter makes it simple to position it on virtually any laptop or desktop monitor. The Eyeball 2.0 features Blue’s famous pro-quality condenser capsule, giving it better sound than any webcam in the market and features Super HD video to complete the picture. The Eyeball 2.0 works on both Mac and PC wit no complicated drivers to install just connect it to your computers USB port. Specs include 2MP sensor and 1600×1200 max resolution.