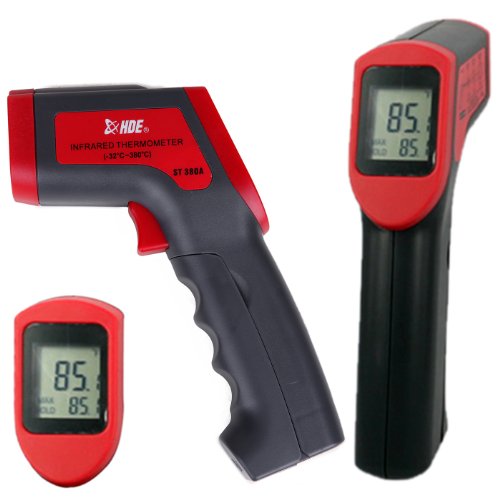 Take accurate temperature readings with this non-contact infrared gun-style thermometer. Reads in Celsius or Fahrenheit, with a switch inside the battery compartment to choose between them.