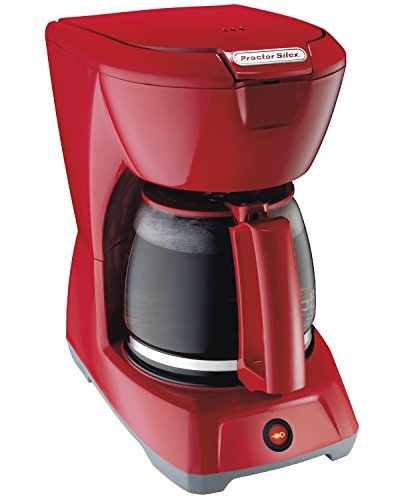 The perfect cup of coffee is easy to brew with the Proctor Silex 12 cup Coffeemaker. Enjoy conveniences like auto pause and serve, lighted “on” switch, dishwasher safe filter basket and carafe, and easy view water window .