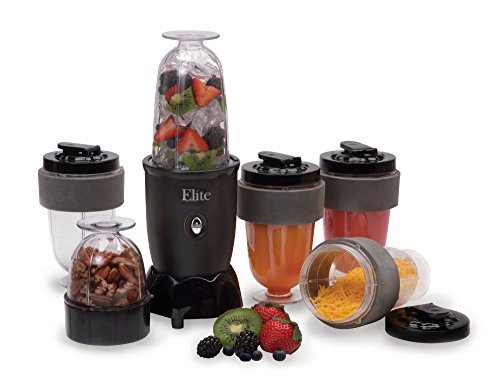 The 17 piece Elite Cuisine Personal Drink Mixer & Blender is the perfect complement to your active lifestyle. Included are four spill proof 16 oz cups that feature foam grips to ensure that you hang on to your beverage while you are on the move. You can also use the small grinder cup to shred cheese with ease, grind coffee beans, or dice vegetables to make fresh chunky salsas.

How to use your blender