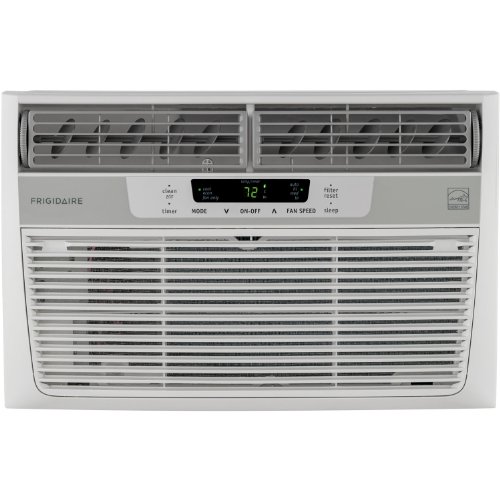 Frigidaire’s FFRE0633Q1 Energy Star 6,000 BTU 115V Window-Mounted Mini-Compact Air Conditioner is perfect for cooling a room up to 250 square feet. It quickly cools the room on hot days and quiet operation keeps you cool without keeping you awake. Low power start-up and operation conserves energy and saves you money. Ready-Select electronic controls allow you to set the comfort level to your preference, while a convenient temperature-readout displays the set temperature. A full-function remote control allows you to precisely control the temperature and fan speed from across the room. The multi-speed fan features three different speeds for more cooling flexibility and the 8-way comfort control design allows you to easily control the direction of the cool air, wherever the unit is mounted. Plus, the clean air ionizer removes pollen and impurities from the air providing relief for allergy sufferers.