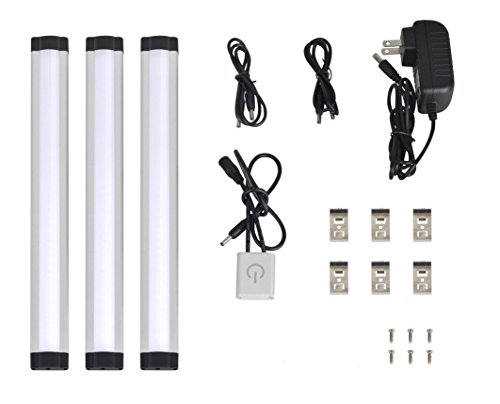 1) Place a clear mounting clip under the front of edge approximately 2 to 3 inches from the front. the flat back of the clip should face the cabinet, and the two sides hang down, allowing them to grasp the light bar. Use a screwdriver though the center hole in the clip to secure it.

2) Install additional mounting clips under the cabinet in the same manner as described in Step 1.

Variety Kits and Accessories (NOT INCLUDED)

Dimmer Switch with a Remoter.